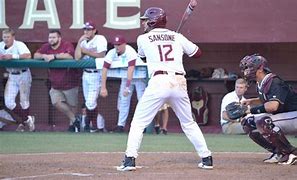 I wanted to send you all an email – BV Baseball would like to welcome John Sansone to the BV Baseball Club as an instructor!! John played for BV for several years, and was an outstanding ball player. After Sansone left BV, he played high school ball for Neshannock High School in New Castle where he was a 4 year starter and the High School Player of the year in 2011 and 2012!! After High School, John attended Florida State University where he was also a 4 year starter!! Upon graduating from college, Sansone was drafted in the 8th round by the Cincinnati Reds, and made it as high as AAA in the minors in 2018. John is an outstanding HITTING and INFIELD instructor who is also doing a lot of lessons. John’s role with BV will be as an instructor during winter practices – he will focus in hitting and fielding with our high school age kids during the winter training; as well as some of the younger workouts!! If you would like to get a lesson with John Sansone, you can send him a text at 724-651-5415. Here is the itemized and chronological list of John’s extensive impressive bio:
1. Four year starter at Neshannock high school
2. High school player of the year in 2011 and 2012
3. Drafted 39th round by the Detroit Tigers out of high school
4. Four year starter at Florida State University
5. Played in the Prestigious Cape Cod League in 2014
6. Played in the Northwoods league in 2015
7. Co-captain senior year at Florida State
8. First team All-ACC senior year
9. Led ACC in hits (95) and doubles (26) senior year
10. 3rd team all american senior year
11. 2016 Golden Nole winner
12. 2014,2015 ACC Academic Honor roll
13. Graduated in Sport Management Bachelor’s degree
14. Drafted in 8th round by Cincinnati Reds
15. Played 3 seasons for the reds
16. Made it to AAA in 2018
17. Played Independent baseball for two years
Thanks and BV is excited to have John Sansone part of our staff for the 2022 baseball season!!
Brian
Categories: Homepage Images