No Off Season Waiver 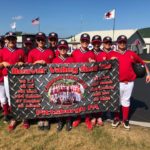 Our program is rich in history and success!! Speaking of success, what a great 2019 season we had, with over 120 tourney finishes in the semi finals or deeper! A special shout out to the BV 12s RED for finishing the season with a 68 – 3 record and winning the Championship of the 104 team COOPERSTOWN DREAMS PARK TOURNAMENT!! This was BV’s 12th Cooperstown Dreams Park Championship – a National Record that quite frankly no other program is even close!! This 12U team finished the season on a 44 game winning streak!! Another huge shoutout to BV 13s RED for finishing the season with a 57-3 record, and winning the 44 team Triple Crown Sports National Championship in Myrtle Beach, SC. The 13s RED finished the season winning their last 51 games!! One more shoutout to a team that finished their season on a special stage and did something special, BV 11s RED went to Cooperstown and played in a Dreams Park 12U week long event – they not only competed with the older kids, they put fear in them, finishing with a 6-2 record and really making some news at Dreams Park!! This past season brought many great baseball moments and memories. Our players excelled on the field at a high level, but it all starts with our wonderful winter training program and how hard our coaching staff worked with our players. I know the coaches are locked and ready to go again this winter to provide even a better off season training program to better the skills of our players and prepare them for a great 2020 season!!

As players in our program excel at the younger ages, we have dominated on the older “Showcase Tournaments” that a lot of our teams in the 14U – 18U ages compete in. These high school age players have played on many College fields in front of college scouts – Coaches Cutshall and Nery are very much on top of this part of the program. Having two coaches that have been through the grind of the recruiting process is very valuable to these future college baseball players!! These coaches have also dealt with getting drafted to the big leagues, and believe it that some of these young players will have the opportunity to be drafted out of high school.

The BV BASEBALL 2019 year was also wonderful off the field. We have had several current and BV Alum players accepting offers to play baseball in college. Some of these include: Gavin MIller (Auburn University), Chase Kriebel (Florida Gulf Coast), Nick Partsch (Sienna University), Drew Lafferty (Kentucky), Luke Lambert (Ohio U.), Anthony Sinicropi (Kent State), JJ Wetherholt (West Virginia University), Cameron Weston (Michigan University), WIll Ray (Wake Forest), Matthew Shepard (Mercyhurst), Luke Jackson (Mercyhurst), and Daylyn Brickner (Youngstown State University) – We are very proud of these young men, and we have many more that will be signing to further their education and baseball careers in the very near future.

You want more? How about the 2019 MLB DRAFT – where BV BASEBALL had three players drafted!!

JJ Bleday: Led the country in Homeruns as a starting outfielder for the College World Series Champion Vanderbilt University!! JJ was also a finalist for the Golden Spikes Award (given to the top player in all of college baseball) — JJ was drafted with the 4th pick in round 1 of the MLB draft by the Miami Marlins!!

Seth Gray: Drafted in the 4h round by the Minnesota Twins – Seth played his college baseball at Wright State University!!

Robert Klinchock: Was drafted by the Detroit Tigers in the 35th round!!

ONE MORE SHOUTOUT: Brendan McKay – Long time BV player – and current Tampa Bay Ray two way player – has been called up from the minors and is now being used as a regular starting pitcher for the Rays (this only after 2 years in the minors) – At the time of this email, BK is currently 2-1 on the mound for the Rays, as they are competing for a wildcard spot in the American League. Last Friday, Brendan got another win pitching at historic Fenway Park in Boston!! 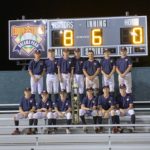 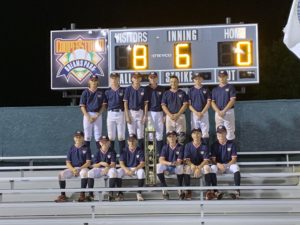 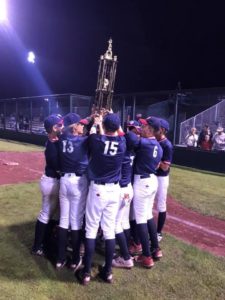 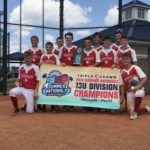 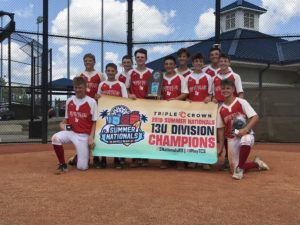 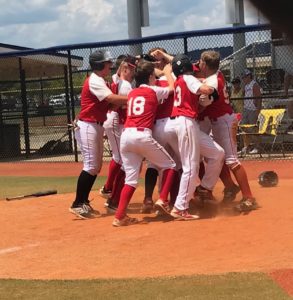 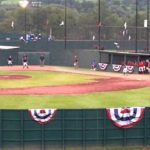 The summer schedules are hot off the press!!  Simply click your son’s team below to download the tourney schedules.  As always, if you have any questions please let me know.  The schedules are as follows:

PLEASE CLICK BELOW TO VIEW EACH SCHEDULE FOR OUR WINTER PROGRAM.  ALSO, PLEASE CLICK THE “COVER” PAGE FOR ADDRESSES TO ALL OUR INDOOR FACILITIES.  DURING THE WEEK, IF YOU HAVE TWO PRACTICES SCHEDULED, WE WANT TO SEE YOUR SON AT ONE OF THOSE TWO WORKOUTS.  ALSO, PLEASE REMEMBER YOU MAY TRAIN WITH A TEAM ONE YEAR YOUNGER OR OLDER.  THE SCHEDULES ARE AS FOLLOWS:

Hello Everybody,
I wanted to send you all an email about Brendan McKay, who was drafted with the 4th pick of the 1st round of the MLB draft last night by the Tampa Bay Rays.  Brendan was the first college player taken; as the first three picks where high school players. To hear Brendan’s name last night being called in this draft was a very emotional and proud moment for me as his old coach.  Brendan was a BV lifer, and played with our program for ALL the possible years we offered, during his 7 years in our organization, BK was unstoppable at the plate and on the mound.  He has become quite famous for his on field stone face and ice in his veins demeanor, and that has always been there from the time he started playing with us at age 9.  He was always a great kid – a quiet kid that just showed up and gave you everything he had every game.  Through my years of running BV, I have coached against some of the best in the big leagues today, we yearly competed against Bryce Harper, Mike Trout, Kris Bryant, Buster Posey, and the list goes on and on – all these players dominated the game all the way through.  Brendan growing up was not as big as these kids, he was tall and lean, but I have to tell you that he dominated the game just like the greats of the big leaguers today.  In his time in a BV uniform, I can’t remember a time he looked outmatched as a hitter, and I can’t remember a time where he was really knocked around on the mound.  He has worked very hard to build his frame, and he is a feared left handed hitter, as he was drafted as a first basemen.  None of the accomplishments and awards BK has won are a surprise to me – he has always been at the top of the level he was playing – what he has done in his college career is the same thing he did in his high school career and the same thing he did in his travel baseball career and that is in a simple word DOMINATE!!  It was an honor to coach this young man for the years that I was able to, I am so proud of his work ethic and what he has worked hard to accomplish, and I am very happy for his family (his dad Bruce still stops down at West Mayfield from time to time to say hi and watch a BV practice)!!  I’m not sure what the future will hold for this young man, but I know the Rays got a big time player, with a big league demeanor, and a fantastic person!!  Hats off to Brendan McKay!!
Thanks,
Brian